The Roast Chicken with Wasabi Sauce

Tonight I'll start off by saying do not make my wasabi sauce. In fact, I'll just not include the recipe to ensure you don't. It wasn't bad, but it wasn't good and my chicken is fantastic without it. In that light, let's make a roast chicken.

NOTE: This recipe requires six to seven hours of preparation.


Bring the water, salt, lemon juice, lemon peel, bay leaf, and thyme to a boil in a large pot. Boil a few minutes and remove from heat. Cool the brine in a refrigerator (or on your winter windowsill as I did).

While the brine is cooling, wash your whole chicken. If it has giblets, set them aside for some other recipe. Once washed, place in the brine and soak for six hours. 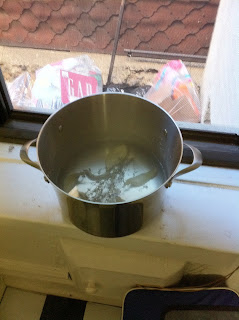 Drain the chicken form the brine... 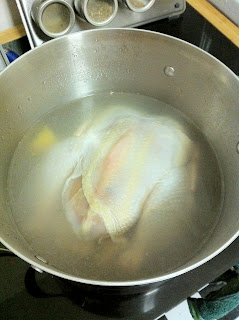 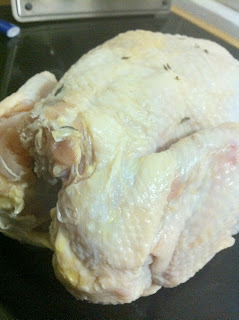 Preheat oven to 375 degrees. Coat the sides of a dutch oven in olive oil (yes, that's my new Le Creuset dutch oven), and then place the chicken inside. 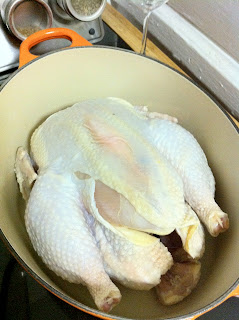 I made a nice romaine, leek, radish, jalapeno, and parsley salad with balsamic, olive oil, and salt and pepper. 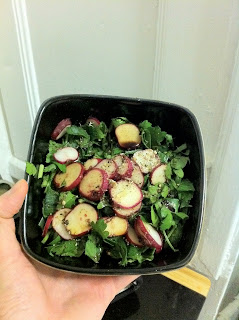 The chicken came out very juicy and tasty with enough juice for gravy. 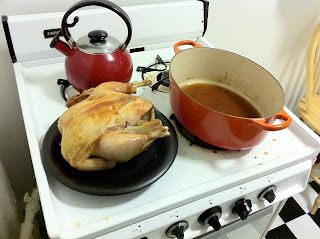 This was my final product, but as I said the wasabi sauce wasn't so good. Enjoy your roast chicken all week as sandwich, stew, or tostada (as I will)! 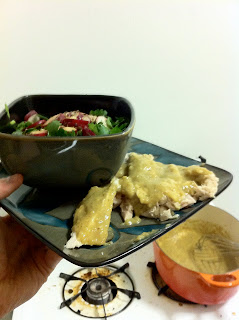 Your soundtrack for this entry: Black Sabbath - Neon Knights.
Posted by Jeremy Rosen at 12:13 AM