It has been weeks and weeks since I've seen Ali from yumveggieburger.com. Between hoity toity film shoots and holiday travel she's been too busy for us plebians (just kidding Ali!). You should read her year-end recap of the best and worst veggie burgers in New York City.

I thought I wouldn't see her before the new year, but turns out she had a free Thursday evening and so did I. What I also had were some remainders of onions, fresh parsley, romano cheese, and a hankering for pasta. So Ali got invited over for a vegetarian-friendly pasta dinner.

This was all made from scratch and on-the-fly. The ingredients list included below is slightly different than what we actually used, but I've only made modifications to it in the interest of better flavour (mostly just less onion). I don't claim this is a true marinara, but it sounds better than only saying tomato sauce!


Having an extra pair of hands around to take photos results in the entry beginning with a picture of me drinking in an apron. 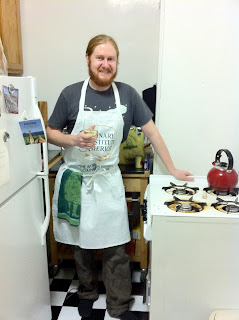 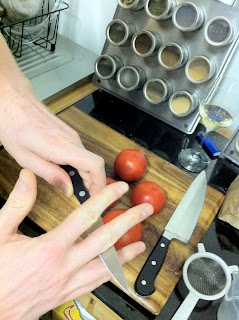 And of course you get plenty of shots of tomatoes ready to blanch. 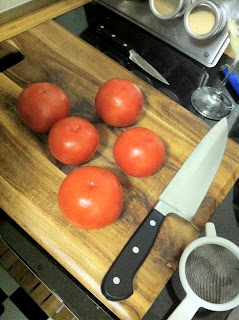 While I was waiting for the water to come to a boil I prepared our salad. It's very basic and incredibly tasty. Simply thin-slice a head of romaine, quarter 5 - 10 radishes, and do the same for a lime. Ring the salad with the lime pieces and keep in the fridge until you're ready to eat.

I served this with olive oil and white wine vinegar on the side. I may occasionally make a dressing for salad and present it on this blog, but I prefer some type of vinegar, olive oil, and salt and pepper on the side. 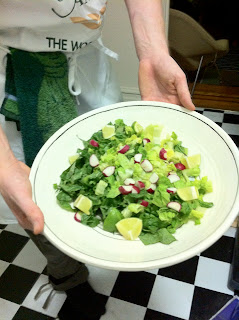 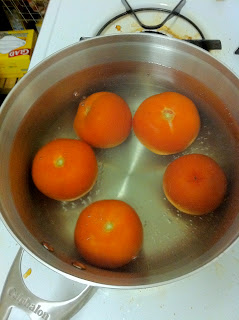 After peeling the tomatoes I took out the stem with my paring knife. I then juiced these. You can read about how to do that in my entry on the thon à la provençal. We didn't get pictures of the following part, but put the tomatoes and onions in a food processor and puree until mostly smooth. 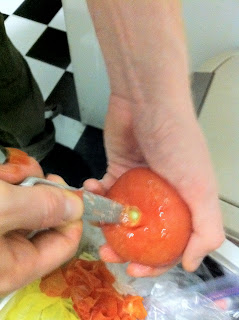 This time around I sliced the garlic because I was lazy, though I still think you should probably do a nice mince on it. Either way it added the proper flavour. In that light, slice the garlic, then pre-heat your sauce pan over medium high heat. Add two to three tablespoons of olive oil and let it heat up until it shimmers. Then add the garlic and let it cook until a golden brown. Once your garlic is ready, add the tomato and onion mixture. 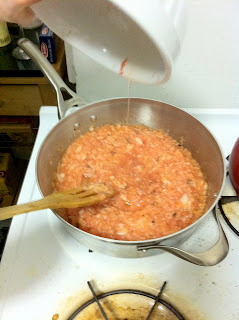 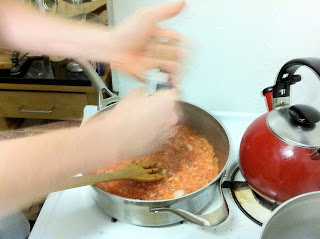 Stir in about a tablespoon of salt. 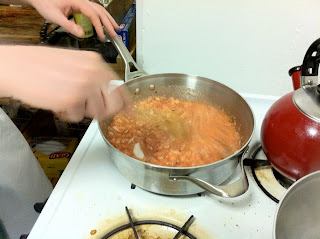 Let the mixture cook over medium high heat for about ten minutes, then add the can of tomato paste. This will give it the rich, red colour you're looking for in a pasta sauce. Pink sauces bother me... 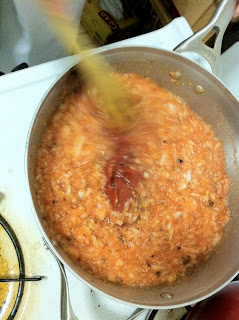 Give this another ten minutes to simmer, then add the fresh parsley and cook for another five minutes or so. You could probably just serve now, but then you wouldn't be following my recipe. I'd know about it and it would make me sad. 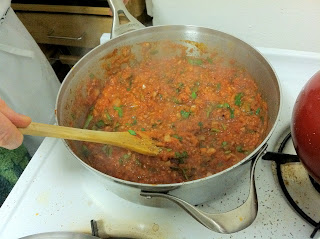 While the sauce was cooking I had a pot of water roiling. I merely like to have it ready to go when the sauce is perfect. For this I used a linguini rigati, which is a ridged version of linguini. The texture adds a good mouth feel as some would say (or texture as I would call it). 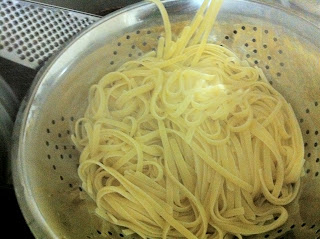 While I was at it I showed off my new Doctor Who-inspired scarf knitted for me by the Thrifty Sifter. She has a new blog entry out on a wonderful cranberry and pear pie she baked for Ali's last pie party. I highly-recommend baking this pie as both times the Thrifty Sifter made these for me I almost asked her to elope. (I'm only kind of kidding (seriously).) 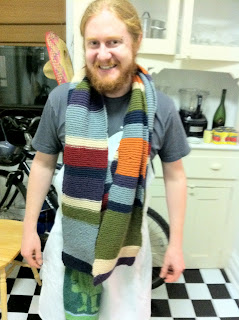 And here's the final product with some Pellegrino and a toasted loaf of whole wheat crusty bread Ali brought over from her neck of Astoria. We had wine while cooking, though not with dinner, in this case a roero arneis from the Bordone winery. 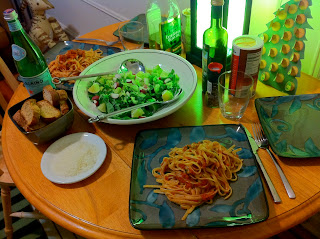 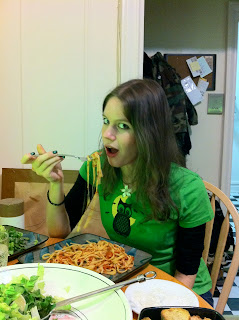 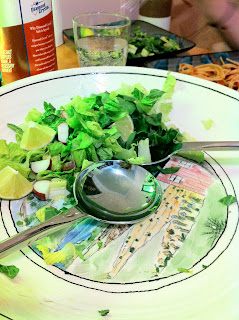 Our wonderful bread. Hopefully Ali will chime in and remind us what bakery this came from. 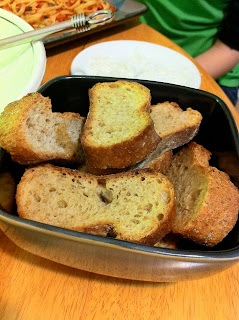 Your soundtrack for this entry: Music for a While - Paul Desmond
Posted by Jeremy Rosen at 10:56 PM