I'm calling this one the Red Headed Steak because it's basically just a steak and I wanted to spice it up. While I myself am a red head, this steak literally is, too, as it's seasoned licentiously with red pepper flakes.

This one was a quickie as I was still cat sitting Tricky the Cone Head. 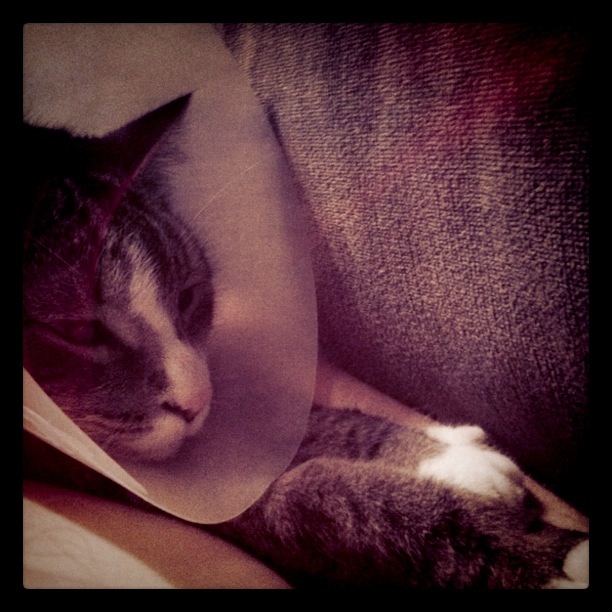 This dish started out with a 400 degree preheated oven and some mixed veggies tossed in salt, fresh ground black pepper, and olive oil. Here I had young, fresh asparagus, broccoli, and cauliflower (with some carrot tops). Roast in the oven for 35 minutes. 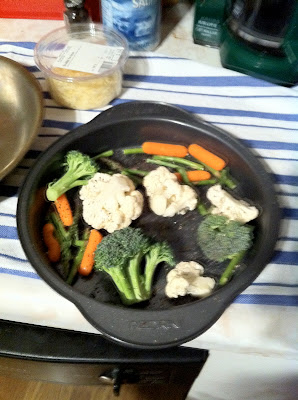 While the veggies are a-roastin', give ye olde steak a nice seasoning with salt and fresh ground pepper as well. Then apply a volcano god's portion of crushed red pepper flakes. I mean, you want to rival Mount Aetna on this puppy. Well, I do anyway. 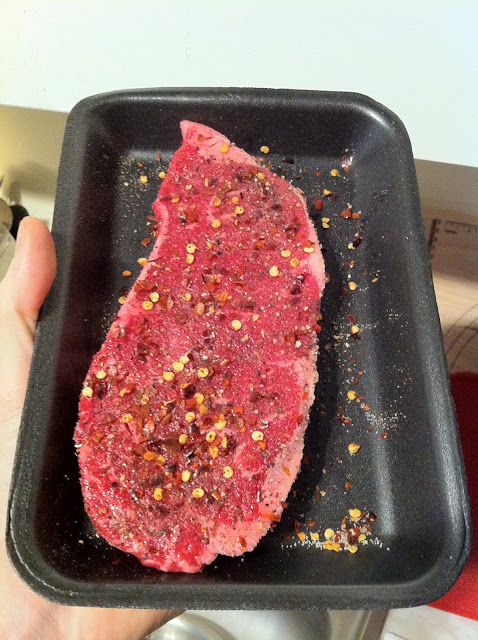 When the veggies are about 25 minutes through cooking, pre-heat a large skillet over medium high heat. Add the oil and, when shimmering, lay that bad-boy steak on. I give it about two minutes per side. 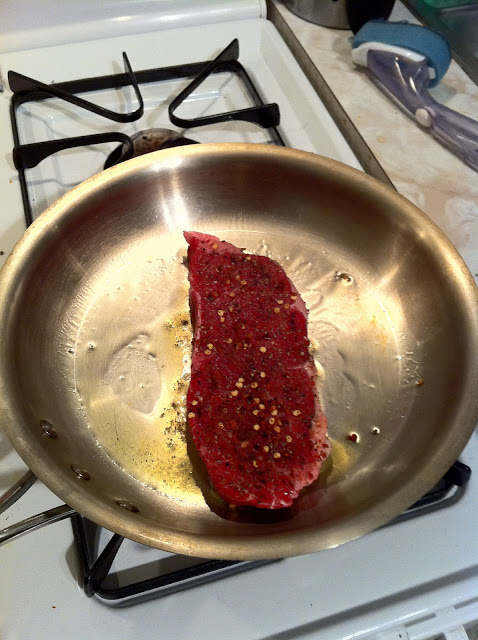 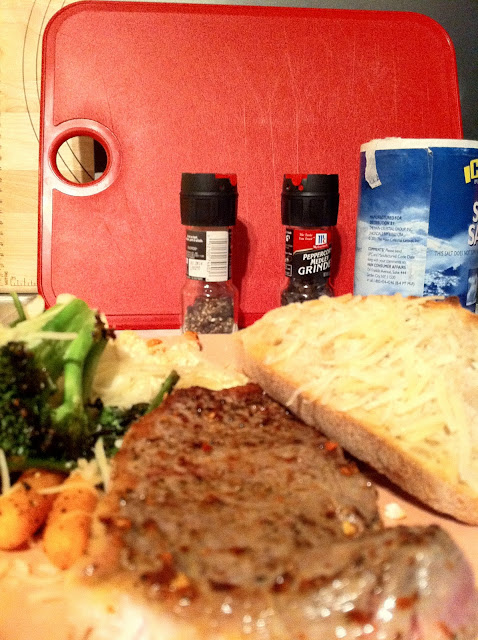 And no, I don't tend to trim the fat from the side. I like the flavour it adds and cut around it. If the recipe really called for trimming the fat, I would, and in cases where I have guests who I know prefer not to have fat on their chops, well, I'm an abiding host. 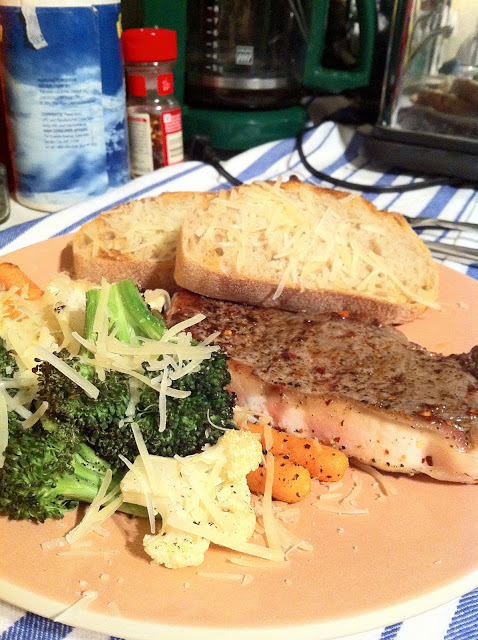 Your soundtrack for this entry: Normandie - Bomber.

Also, I've redone and begun using my old web site Axes & Alleys. I don't promise that it will be frequently updated yet, but that's the aim.
Posted by Jeremy Rosen at 11:37 PM No comments: Links to this post 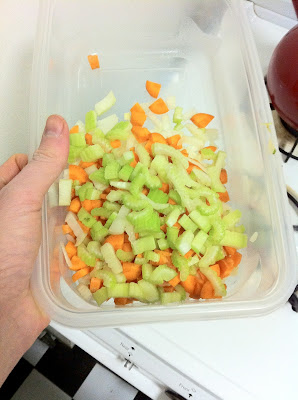 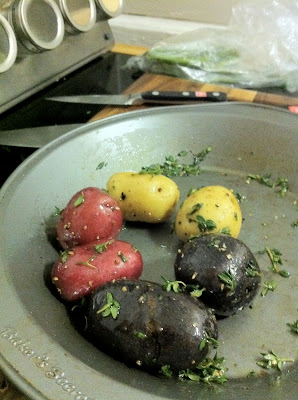 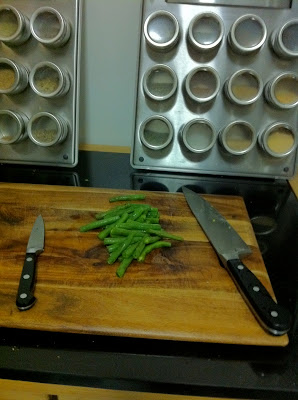 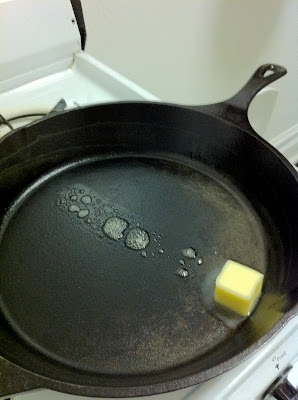 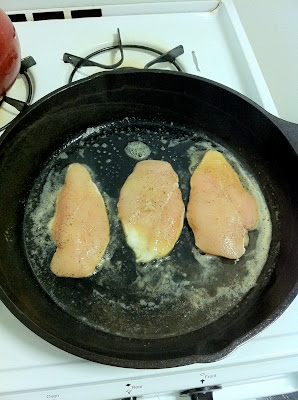 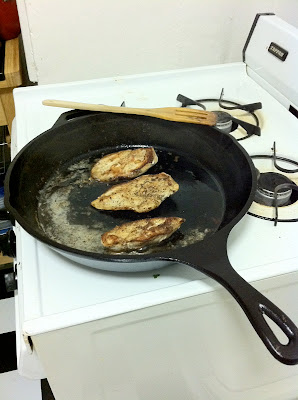 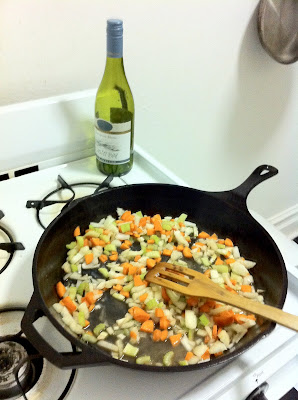 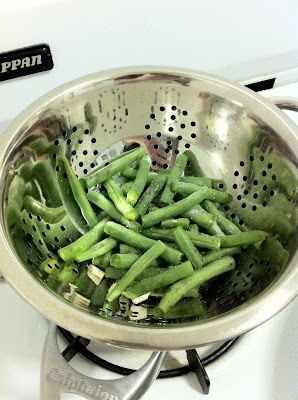 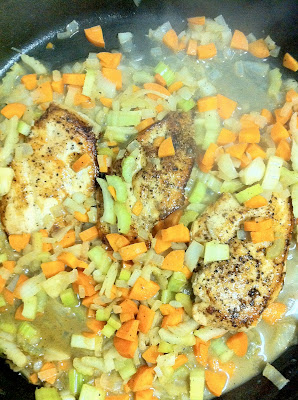 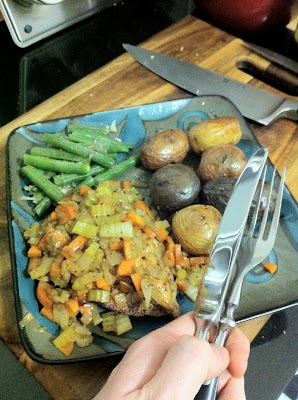 Your soundtrack for this entry is: SABABA - Pelvic Exam.
Posted by Jeremy Rosen at 9:53 AM 1 comment: Links to this post

For years I've said that Paul Sorvino and I are pretty close. I dated his daughter Mira for six months in 2005, we opened a restaurant in Myrtle Beach, SC way back in 2007, and he still comes over for dinner on occasion. Just like last night.

When I told Paulsy that the Thrifty Sifter was out of town and I wanted to make some carbonara, he came calling and helped me put dinner together. 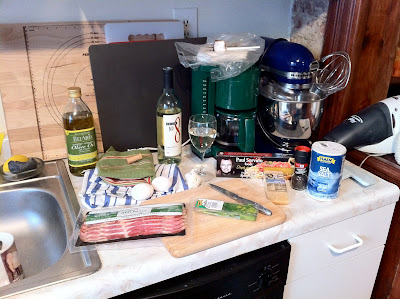 The first thing I did is get some bacon, which I haven't touched in 16 years. 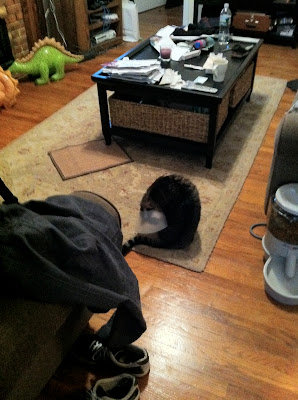 The Thrifty Sifter's kitty, Tricky, has a fancy cone on his head to prevent him from licking a wound on his butt. You can see how effective that is above. 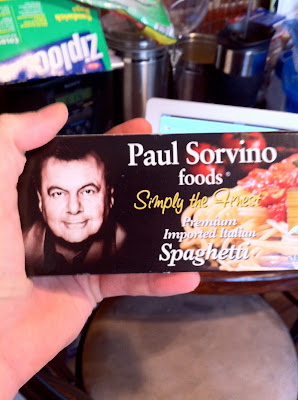 Paul is so helpful, he even had a package of dry spaghetti created just for me! 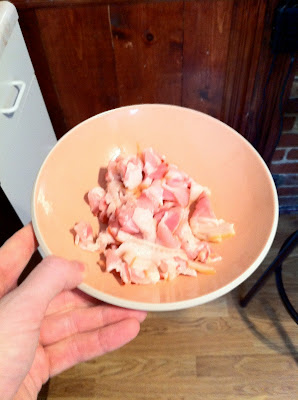 Yeah, bacon. I know it's hip now, but it's still really good. This is some thick cut pig belly. 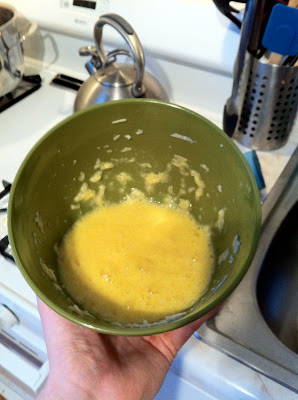 I mixed up a pair of eggs with the Parmigiano-Reggiano. 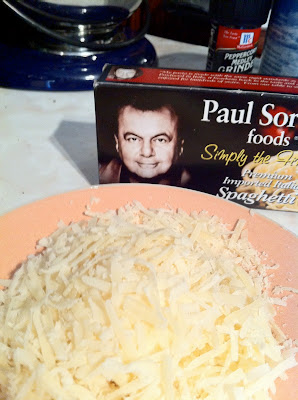 Which Paulsy helped me shred. 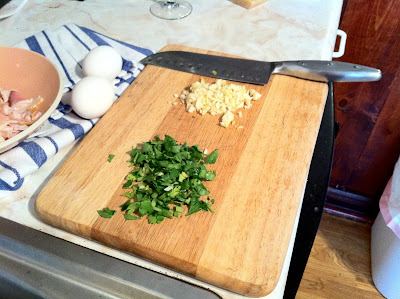 Some fresh garlic and parsley. 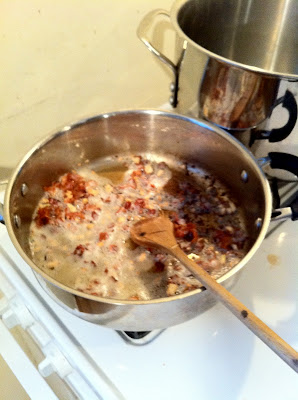 Cooking up some bacon and garlic in olive oil. 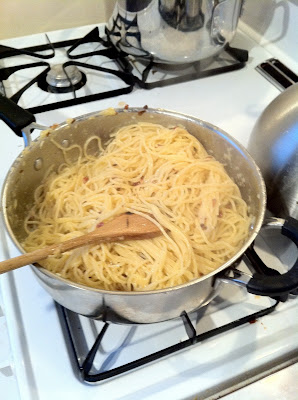 Mix that cooked spaghetti (you should've been cooking it) in with that great bacon flavour. 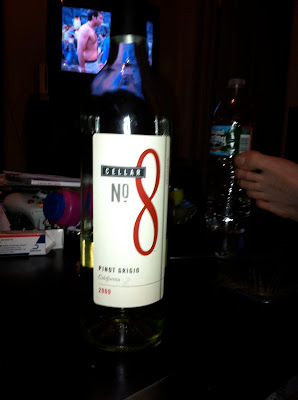 Since it was a boys' night out, we cracked open an chill bottle of Cellar No. 8 Pinot Grigio. 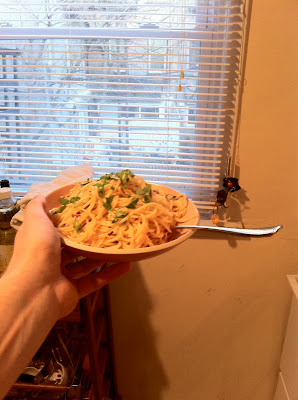 The final product was tasty, smokey, porky, and enjoyed by me, Paulsy, and Tricky.

Your soundtrack for this entry: Arkells - No Champagne Socialist
Posted by Jeremy Rosen at 9:42 PM No comments: Links to this post