It's no secret that Yum Veggie Burger and I are best mates. In fact, I came up with the name of that blog in an intense 15 second instant messenger conversation many months ago. It taxed my meager mental capabilities. Having had veggie burgers with Ali, all I could think was "Yum, veggie burgers."

Don't get me wrong. You've seen the mountains of meat sacrificed in the course of making this blog a reality. But as Ali points out over at YVB, this is an omnivore blog. In fact, I enjoy vegetarian and vegan cooking quite a bit.

Naturally there is a synergy somewhere between our two blogs and I'm hoping our experiment this week becomes somewhat regular as we explore veggie burger recipes. Earlier this week we made a Roasted Pepper Veggie Burger.

At any rate, Ali and I have been scheduling this shindig off and on for a couple of months. Between my travel and all of her excellent set design work, it just hasn't happened. Until Monday, when Ali IMed me this. They weren't the only thing what caught my eye, but jalapenos draw my eye every time. 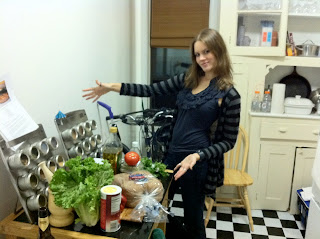 One of the funny parts of the evening was that I was late to my own house. Rushing home from work, I wanted to hit the gymnasium before Ali came over. Which of course ended up delaying things a half hour. Then in my rush I forgot basically half the ingredients. Ali picked up some stuff I forgot on her way over, but I embarrassingly ran out after a quick shower to get two cans of chick peas. 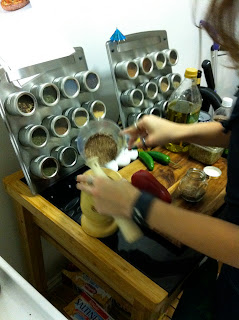 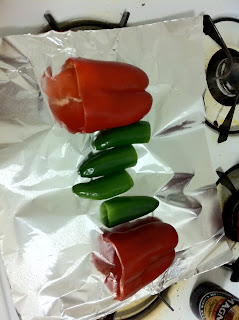 As Ms. Yum Veggie Burger says, this recipe could have used twice the peppers and somewhat less on the chick peas. After a few days' thought, I'd substitute all of the peppers here for two, maybe three poblanos. 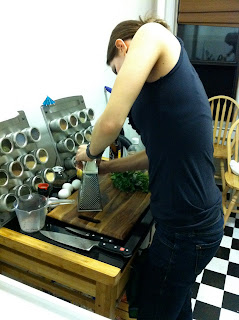 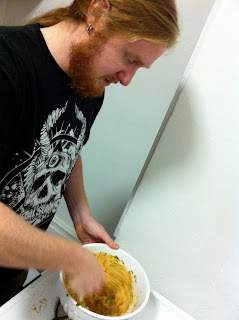 Mixing up all of our mixes. The smell drove me nicely nuts. 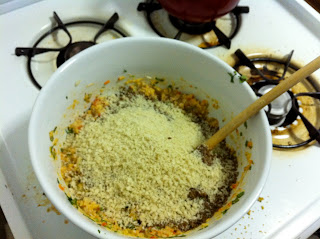 I substituted panko for plain bread crumbs. Not only is panko becoming popular and I wish to remain trendy, it also tends to hold together in a lighter way than regular bread crumbs in egg. Essentially this recipe relies upon bread and egg to bind the veggies. 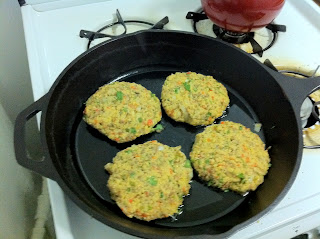 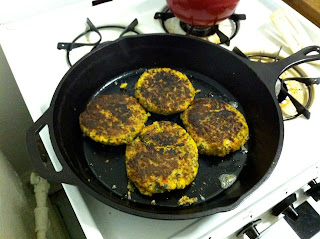 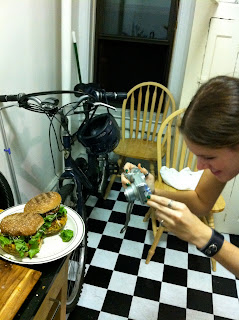 We were famished at this point, even having baked and eaten steak fries. Still, Ali took the time to photograph deliciousness and it appears over at Yum Veggie Burger. 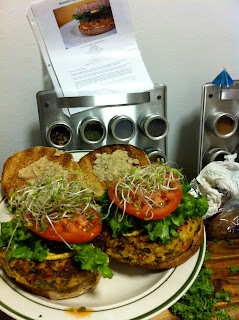 This is my delicious. I felt like Gollum about veggie burgers. 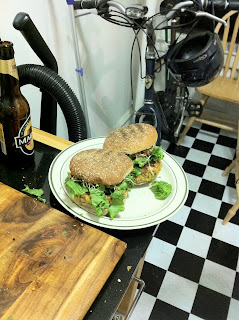 Okay, got my own shot of Ali's burgers. 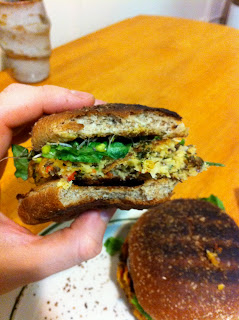 But I seriously love this shot. Doesn't that burger look amazing? 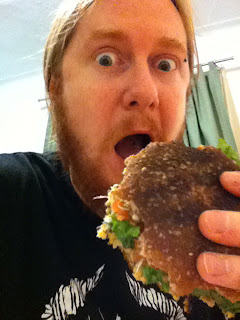 Your soundtrack for this entry: Bad Salad - Crowded Sky
Posted by Jeremy Rosen at 10:15 PM 1 comment: