Normally my fish choice (when in a hurry at my supermarket) is tuna steak. Fish in general is pretty easy for me as I worked in a fish restaurant for four and a half years. I'll kill your lobster, shuck your oyster, and other innuendos as well.

I was in a rush and bored with tuna, so I opted for a frozen swordfish steak. Usually these are pretty good, but I'll say at the outset that this steak wasn't the best. Not firm enough and not flaky enough.

Still, I peppered and salted that thing and got to town with a couple of tablespoons of olive oil. 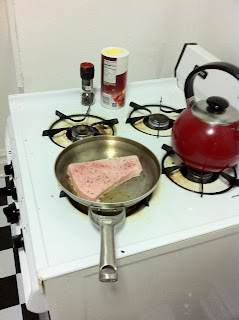 With this dish I wanted to serve up some brussels sprouts. After watching an episode of Alton Brown's Good Eats on the subject, I was hungry for the green. 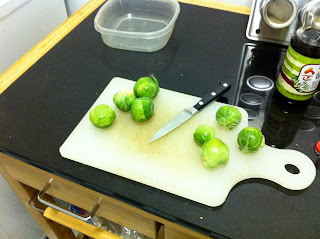 Peel off the outer layers, cut off the dirtier part of the root, and slice lengthwise. 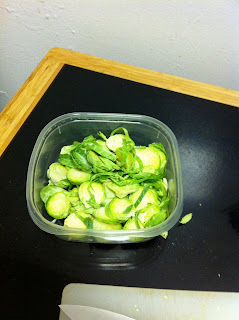 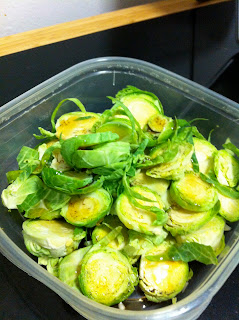 Marinate in sesame oil, salt, and pepper for about twenty minutes. 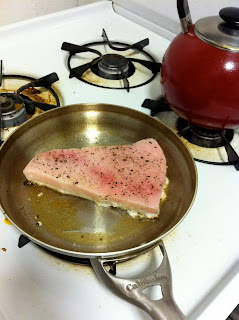 Keep up with that steak and make sure to flip. 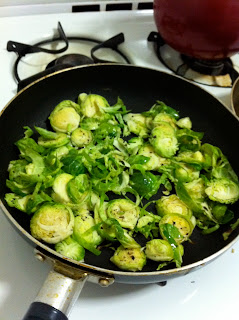 Sautee the brussels sprouts on high for only a few minutes. 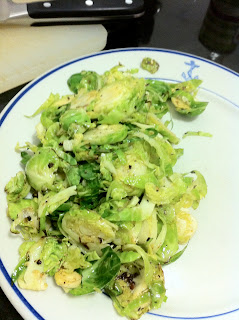 Serve as the side... 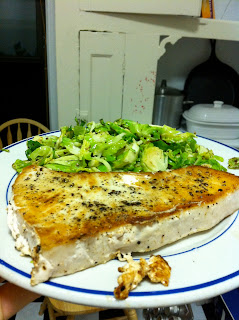 With your grilled swordfish.

As I mentioned, make sure you're picking a good piece of meat. These weren't exceptional and would've made the meal much better had they been.

Your soundtrack for this entry: The Breeders - Invisible Man
Posted by Jeremy Rosen at 11:05 AM No comments:

Let's get one thing straight: I love chili. For the last 16 years I've also kept kosher. For those who know, that essentially means I can't eat many variations on chili since I can't mix meat and dairy. Personally, though, I never included poultry under the meat category for this. Birds don't have mammary glands and are descended from dinosaurs, so I'm not worried about "cooking the calf in the mother's milk" when it comes to chicken breasts and cheese.

For this recipe I got together:
- a pair of chicken breasts (boneless)
- two cups of chicken stock
- two cans of sliced, pickled jalapenos
- one 28 ounce can of stewed tomatoes
- one 12 ounce can of red kidney beans
- two medium yellow onions
- two poblano peppers
- 10 cloves of garlic
- 1/4 cup of molasses 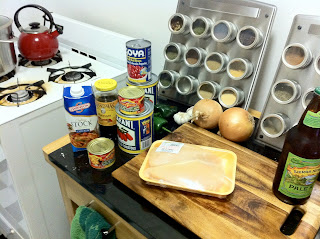 I also added one of the dried peppers from The Dried Peppers. Not the Ghost ones, but their cousins. Good choice on my part. Added some tartness and, of course, a plethora of heat. 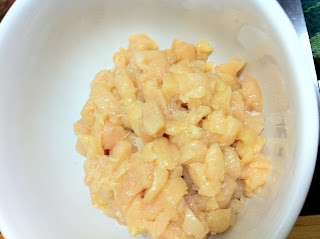 Dice the chicken into half-inche pieces. 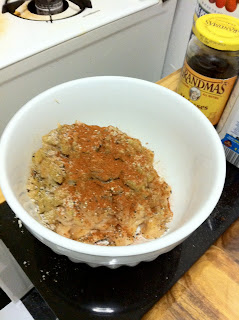 Season with some chili powder, coriander, salt, and fresh-ground pepper. 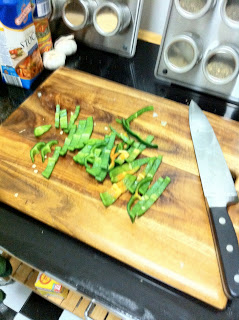 Slice the poblanos into thin strips. Ensure that you seed these as the added dried pepper will certainly add to the heat enough. 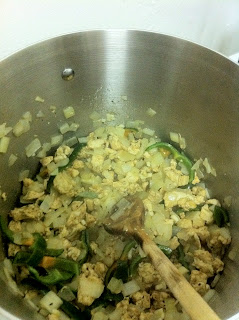 Pop into the stewing ingredients. 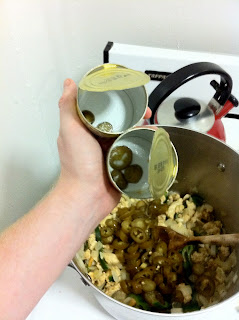 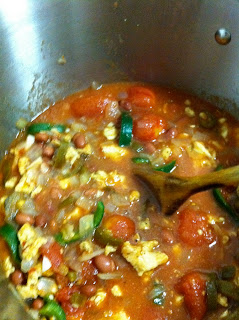 Stew for an hour.

I'll admit to being a little lazy on this one. I didn't really record my recipe and as this is several days after making it I'm winging the recipe. Clearly you add the tomatoes and beans after stewing the other ingredients for a while and, honestly, I expect you to figure out the right mix of this recipe for you.

Chili is like choosing a sex partner; it's very individual for the discriminating palate.

Your soundtrack for this entry: Masque of Death - Abeyance

Posted by Jeremy Rosen at 11:04 PM No comments: