The Next Try at Pork Chops

Mix the first five ingredients in a large bowl. Brush the pork chops with two tablespoons of olive oil total. Coat with the spice mixture. Put the flour in a large plate and dredge the chops.

Pre-heat oven to 400 degrees. Also heat the other two tablespoons of olive oil in a large skillet on high. Brown the pork chops two minutes per side. Transfer chops to the oven and cook for ten minutes. Remove from oven and let rest. 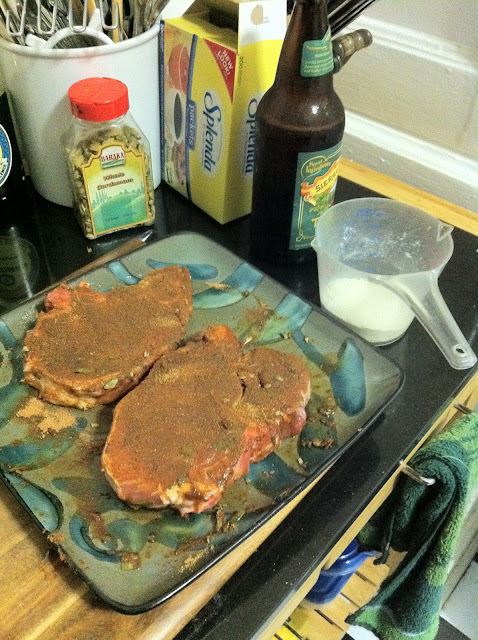 Am I going to fry up the chops or my fingers? 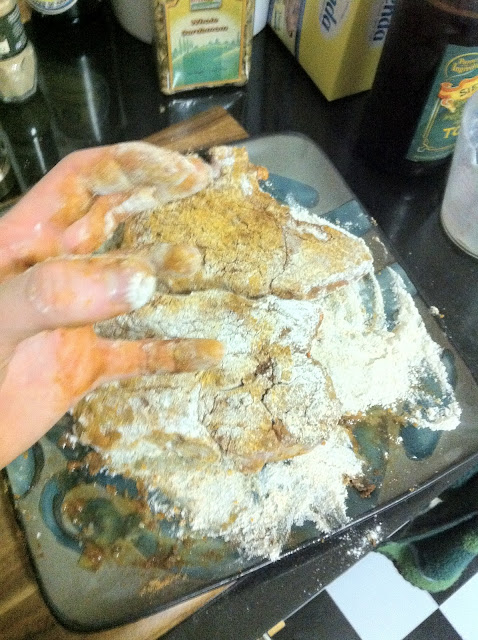 Okay, it's just the chops. 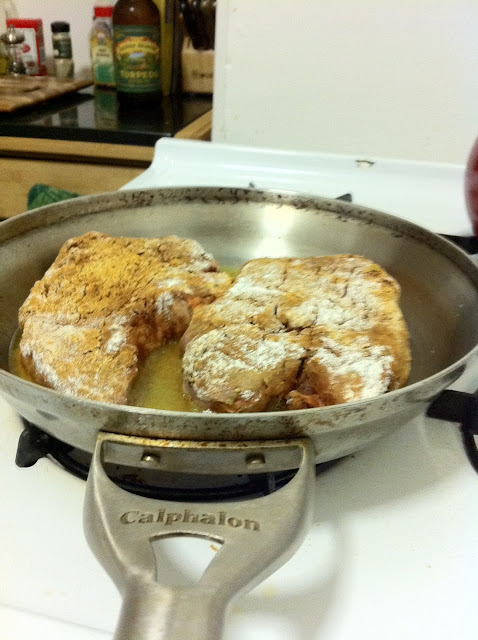 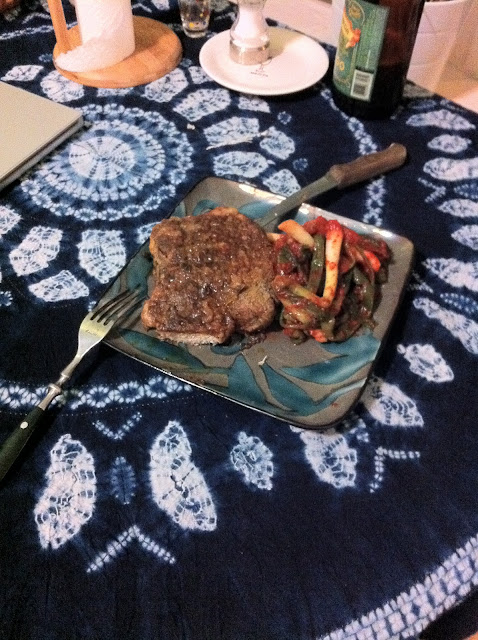 Your soundtrack for this entry: Ghost Brigade - Clawmaster.
Posted by Jeremy Rosen at 8:15 AM