You know what's great? Being able to ring a few friends last minute for dinner and have them show up. This is a rarity in New York City, much like the fabled "dropping by to visit without planning a week ahead." Incidentally that happened successfully yesterday, too.

At any rate, I hit up a handful of people and my now-stalwart crew of Sal and Laura were happy to oblige. For dinner I planned to make mushroom asparagus tarts and pasta primavera, but kinda ran out of puff after doing prep work and decided to just cover the pasta. The tarts will be featured in a future entry. 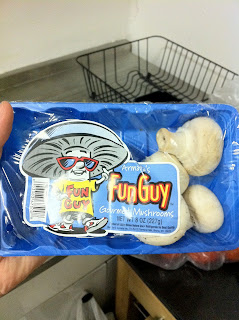 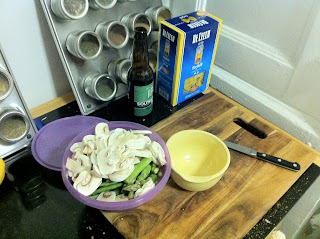 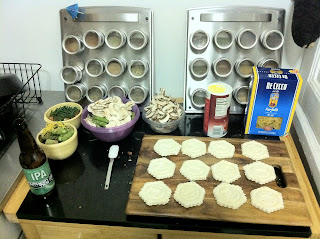 Prep for the mushroom pastries I didn't end up making. 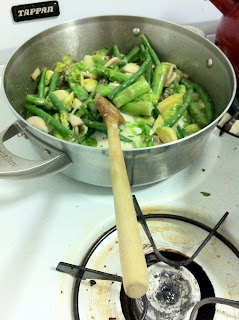 This is a fairly simple recipe. First, prepare your pasta. I cook about 8 minutes in salted, boiling water, then drain.

When the pasta's about half done, melt the butter in a saucepan over low heat. Once melted, bring the heat to high and sauté all of the vegetables until tender. Season with salt and pepper to taste. Next add half and half and cook until thickened (6-7 minutes). Add more pepper. At least if you're me.

Add the drained pasta and parmesan, then mix. Loosely mix in chives and tomatoes and you're done. 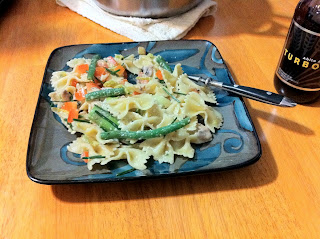 Laura and Sal gave it each a thumb up and a mouth full. 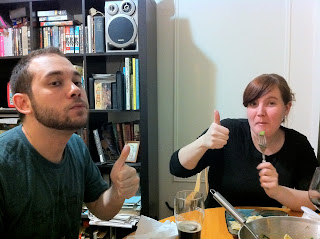 Your soundtrack for this entry: RainbowDragonEyes - Fortune's Dividend.
Posted by Jeremy Rosen at 11:06 PM