Saturday I attended an eels concert, heard my new favourite tune (see the soundtrack at the end of the entry), and caught a cold.

Sunday I hosted the last kickball game of the season and cracked two ribs when the other outfielder and I collided going for a pop fly.

Monday rolled around and I felt like ASS. So I played the gimpy dude and had the Thrifty Sifter come over to take care of me after work. During the day I said I wanted pot pie, and after some searching we came up with this chicken pot pie recipe from Jersey Bites. Dating a Jersey girl and working with two more and a Jersey guy, I think this site will come in handy in the future.

By the time I made it home all the ingredients were assembled and the Thrifty Sifter was cooking up a double chocolate stout cake. First I needed to cook up some chicken cutlets. I seasoned them with cumin and salt. 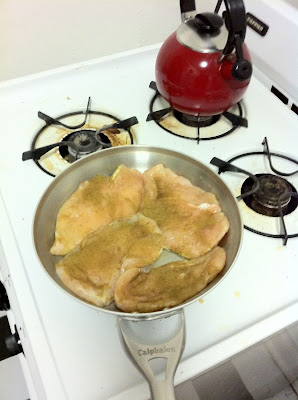 Then I got out the big pot, chopped up the carrots, celery, and onions, and gave 'em a good sautee for 10 minutes or so. 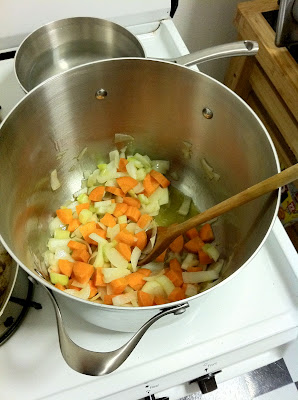 Next the we stemmed and cut in half some fresh green beans. Then it was time to boil them up and shock them. I told them that string theory is bullshit, which seemed to take care of the job. (Actually I ran them under cold water in a colander.) 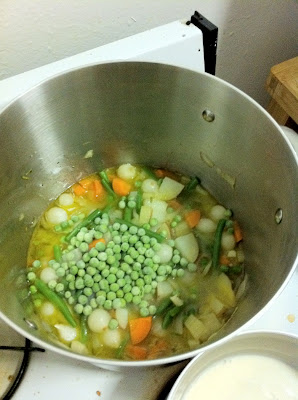 Those are the string beans, frozen pearl onions, and the frozen peas. Of course I dropped some of the peas. It's always the damn peas. 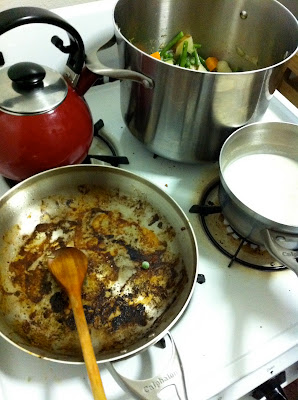 Here's the funny part. The Thrifty Sifter was helping out and we were reading off ingredients and instructions to each other. She took over for the bechamel. Jersey Bites includes sherry in the ingredients, but never actually says explicitly when to use it. So...we didn't, only realizing this later. It didn't seem to matter. 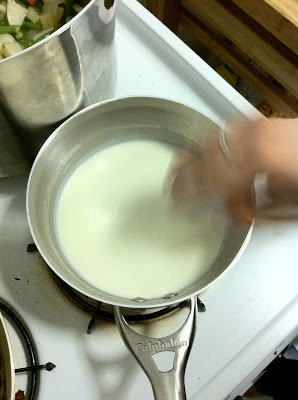 It's going to take a while for that bechamel to thicken up, but it will. I'd give it about 10 minute to Jersey Bites' 4-6. Then you add the thickened sauce to the big pot. (Yes, it's blurry.) 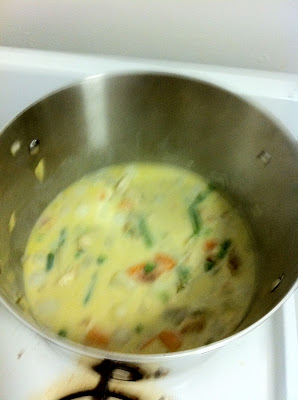 Get your pans ready. 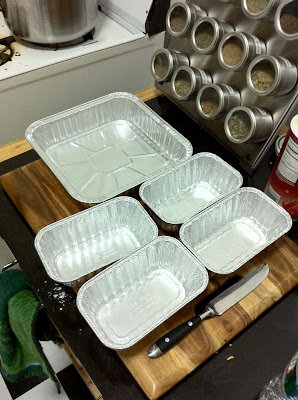 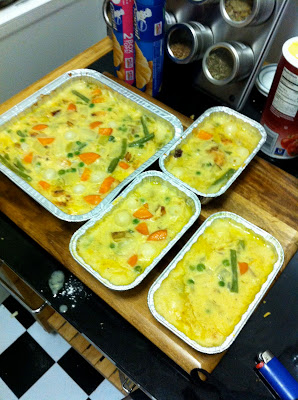 And put them in the oven One thing to note is that the large square pan is seven inches by seven inches and half of it was enough for two people. 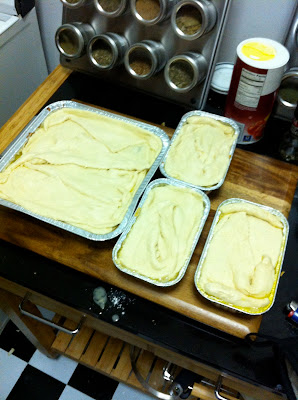 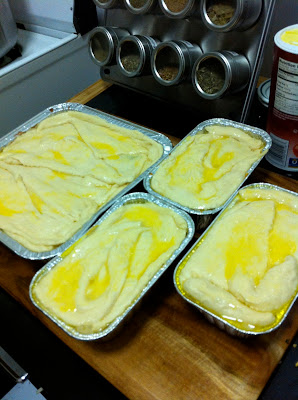 Brush with egg and put back in the oven. 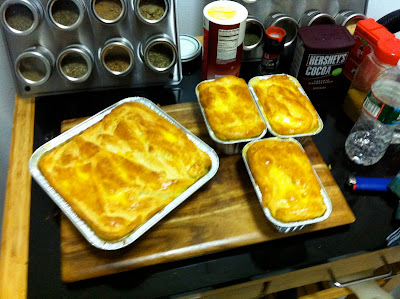 Finished pies! It's time to eat. 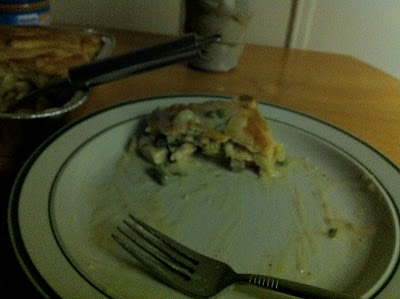 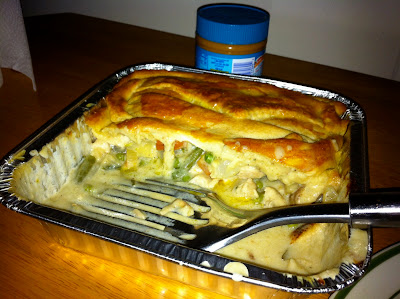 Your soundtrack for this entry: eels - Baby Loves Me
Posted by Jeremy Rosen at 9:15 PM