I'm in a financial crunch this month. It's nothing drastic or lasting, but I'm caught between a trip to the Grand Canyon and another coming up to Northern California, so I must be parsimonious over the next week and change.

What better way than to cook a ton of meat I can reheat again and again over the next few days? So I did a little research and found The Pioneer Woman's recipe. While I consider myself a better writer, damn if she can't take some great photos. Hers do the meal more justice than my photos or prose. 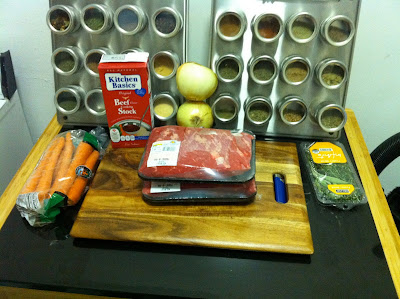 This, like the last recipe, is fairly simple. I'm going to tell you up front: you will miss the potatoes. Buy a couple to include with this. Also, taste frequently, but you'll need more salt and pepper than you think.
My favourite part is, I think, browning the onions. My apartment could NOT have smelled better. 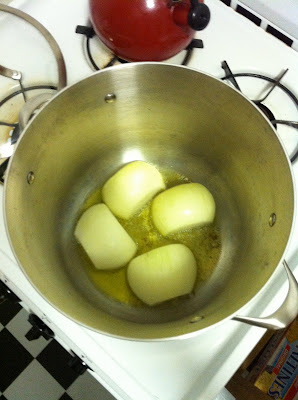 Also, while cooking I sometimes like to watch a little television. In this case I was catching up on the relaunched Doctor Who. 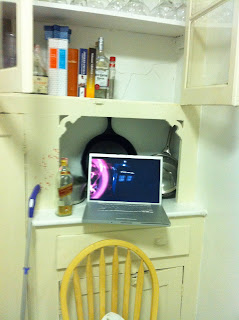 I'm also pretty proud of the carrots and meat. I'm still full from eating this as I write, but that meat makes my mouth water even more. Time to get a vodka and guava juice... 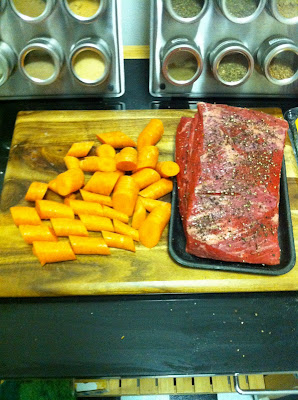 At this point you basically throw everything in the pot and put it in the oven at low heat for several hours. I was feeling kind of ill this day due to some bad tacos I had at Trailer Park the night before. I also went to a Queensrÿche show and drank quite a bit. Also had a great conversation with singer Geoff Tate backstage after the show about saxophones for twenty minutes.
So while this bad boy was a-roasting, I took a nap on the couch, then hit the gymnasium. Got home with enough time to shower and then be greeted by this. 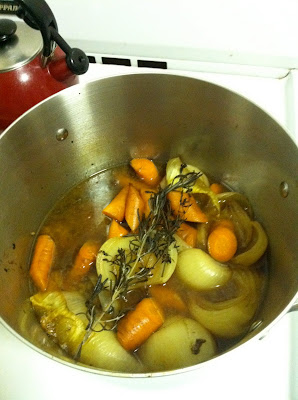 I dug into it right away. Definitely did not add enough salt or pepper to this, as I mentioned above. The onions and carrots were done to perfection, but I needed to have left this in my oven for at least another hour or so, bringing the total cooking time up to five hours.
Still, I've got a tasty dinner waiting for me for the next few days, and tomorrow I'm adding some potatoes to the mix. 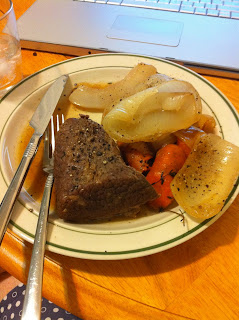 Your soundtrack for this entry: Queensrÿche - Empire
Posted by Jeremy Rosen at 9:03 PM