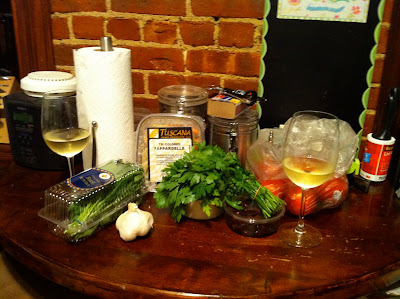 Yu-um! The broadest noodles this side of lasagna are pappardelle. Often used with heartier sauces, the pappardelle is both my favourite pasta and the Thrifty Sifter's. It was a natural fit for making dinner at her place the other night. This recipe is a nice bridge between the dry, sea-influenced sauces of Sicily with the tomato-based Tuscan sauces of my youth. 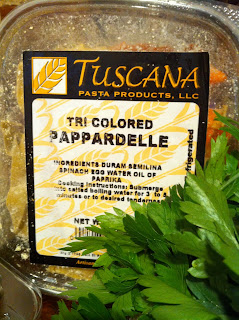 While I don't normally shop there, we picked this pasta up in the Garden of Eden. Strangely this food retailer is the first result for the search term "Garden of Eden," though I'm positive the Biblical legend has been around much longer. See for yourself. 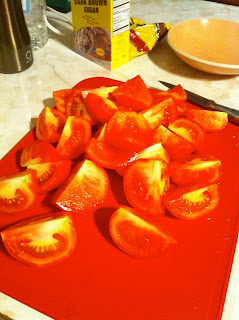 Look at those lovely tomatoes. YUMMO! These were just the right ripeness; a little soft, very juicy. Quite easy to seed, I found.

Once you've chopped up the tomatoes, you'll purée 2 1/2 cups of them (this isn't ALL of them) with the wine and garlic in a blender. It's going to look frothy and pink and you're going to think I'm screwing with you. I assure you I'm not. Just go with it. 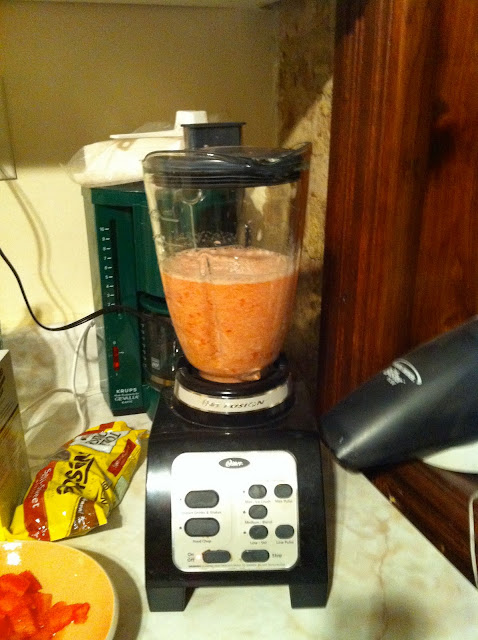 Pre-heat a large skillet over medium-high heat. Once it's good and ready, add the oil and heat until it develops a slight shimmer. Add the puree and the olives to the oil and cook until the sauce begins to thicken. This can take 6 - 15 minutes, depending upon your skillet and heat.

You can see the sauce beginning to orange. 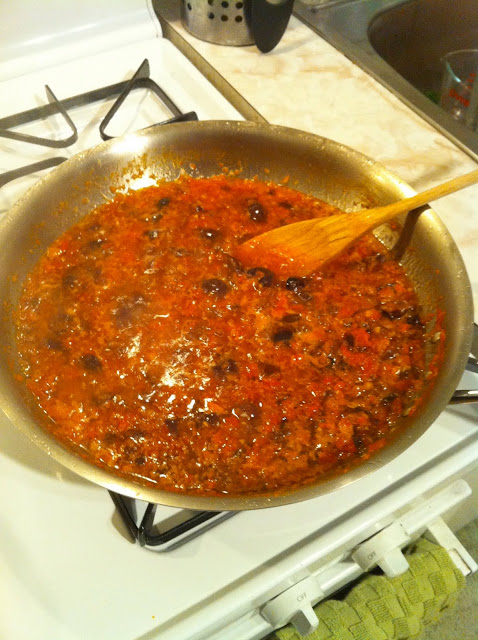 There you go, it's getting nice and red. Soon it will be thick and awesome.

By the way, did I mention that while the sauce is cooking you should be heating the water for the pasta? Yeah, you should do that. 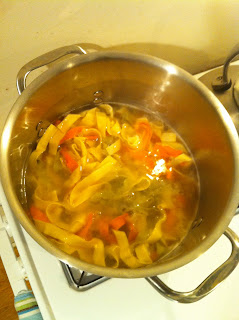 You'll want to salt the water a bit. I cook fresh pasta for 3 - 5 minutes until it's hot and slippery.

You're now going to drain the pasta and keep some of the liquid aside. Add the drained pasta, chopped parsley and basicl, and vinegar to the sauce in the skillet.

Keep the heat on and toss until the sauce coats the pasta. If it's ending up a bit dry, add the reserved liquid in small doses until it's the right consistency for you. Cook three minutes more.

Add salt and pepper to taste, then mix in the remaining chopped tomatoes and half of your feta.

You're almost done. This last part is really hard. Put the mixed up pasta in a bowl and cover with the remaining feta.
Oy vey! 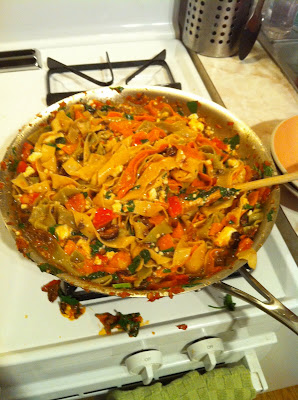 Yeah, I spilled a little, but it didn't screw up the final result. 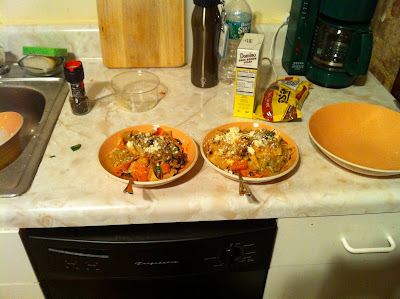 We had a terrific dinner and I even persuaded the Thrifty Sifter to make her literally-irresistible choco choco chip cookies for dessert. Read her chocolate chocolate chip goodness here.

In some other blog news, we will be welcoming Yum Veggie Burger to the blog next week as we prepare a veggie burger for her and your edification.

I have also been invited to guest blog The Pot Roast for Tribeca Yummy Mummy. We'll have more on that once it comes closer to fruition. I'm also apparently a guest uncle! 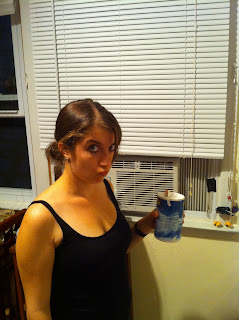 *If you have a Thrifty Sifter in the house, keep her away from the parsley. She will eat all of it.
Posted by Jeremy Rosen at 8:18 PM