Tonight I decided to try my hand at making a couple of dishes introduced to me by my friend Lauren. It's been a lazy weekend and, apart from hitting the gymnasium, the Thrifty Sifter and I only had one plan: dinner with Lauren and her husband Bill.

That I once said she could throw down in the kitchen is completely true. Practically everything of hers I've tasted has been fantastic and last night was no exception. Sipping beer (after being told my help wasn't needed, of course!) I watched dinner preparations. The resultant dinner was so good I wanted to try it myself today.

My version's a bit different in that I only used tarragon (sometimes called dragon's wort) and dried sage while eschewing the use of garlic. Okay, I didn't choose not to use the garlic so much as forget to put it in. 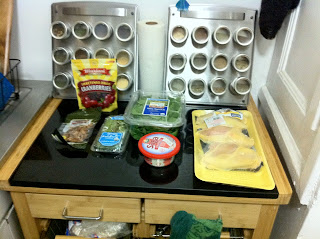 Place the chicken breasts in a glass casserole dish or iron skillet. Place a pat or two of butter on each one (two for the larger ones). Next coat lightly with sage, salt, and ground pepper. Last strip the leaves from the fresh tarragon and place on each breast. 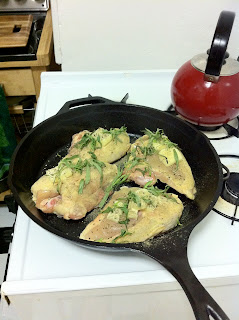 Pop that puppy into an oven pre-heated to 450 degrees. Cook for 40 - 50 minutes or until skin is a golden brown.

Damn, I need to clean my oven. 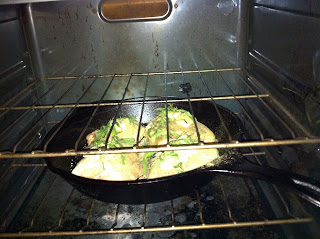 Lauren's chicken was good, but her baby spinach salad was fantastic. Made with sliced almonds, gorgonzola, and a poppy seed vinaigrette, I woke up thinking about it today (along with a horrid hangover).

My version includes:
- 2 ounces of almonds toasted and chopped (about 12 almonds)
- 3 cups of baby spinach
- 2 ounces of gorgonzola cheese
- 1/2 cup of dried cranberries 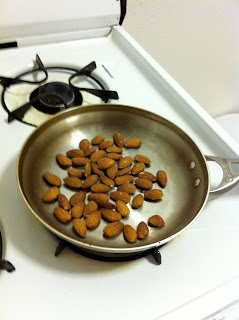 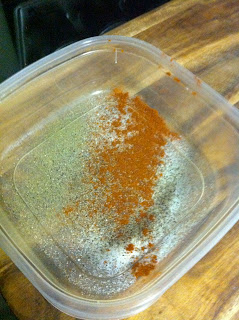 While I was making the dressing it was time to pull the chicken out of the oven. Don't they look delicious? I wasn't going to forget them like I forgot about going to bed last night. 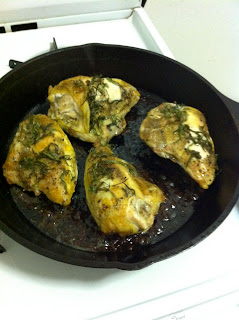 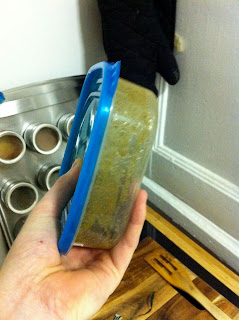 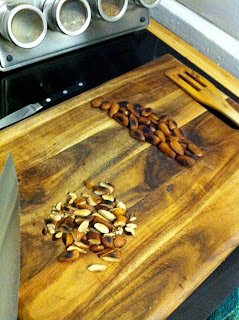 I think the Bel Gioso Lauren used last night was actually a better gorgonzola, but this was tasty. 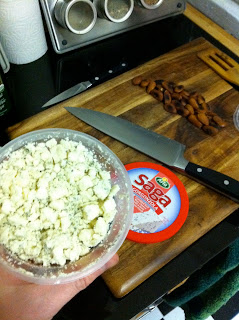 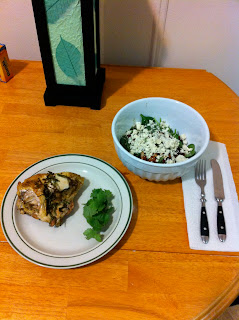 As I mentioned at the beginning, I intended to use garlic with the chicken and will remember to do so next time I make this. Still, the chicken was quite good. My dressing was a little too heavy on the vinegar, so I'll avoid that much in the future. I actually intended to use balsamic, but for some reason I couldn't get the bottle open.

Your soundtrack for this entry is Men at Work's "Who Can it Be Now." I'd like to dedicate this to Harlan and Jen, who I didn't get to say goodnight to last night due to drunken passing out. Seriously, someone take the beer away from me next time!