I don't intend to record only the best or the good here. However, I'm not going to record every failure. I don't even record every success. That said, this is my first abject failure on the blog.

It started with the best of intentions. My girlfriend bought me a mandolin, which I wanted for a while. 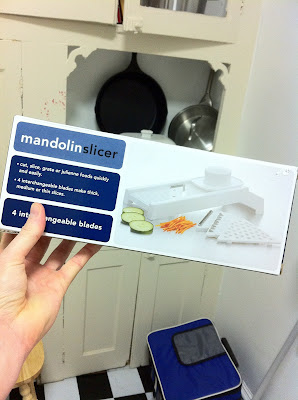 I spread it out this evening and decided I wanted to make my own french fries. And so, I bought salmon, a potato, and artichokes. 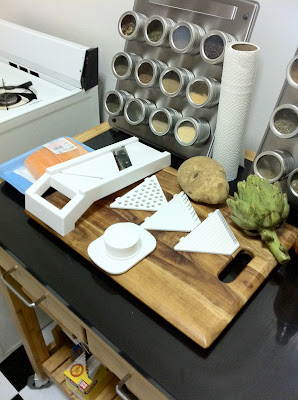 Getting the artichoke to the point where I could cook it took a while. First you need to cut off all the tips of the leaves. 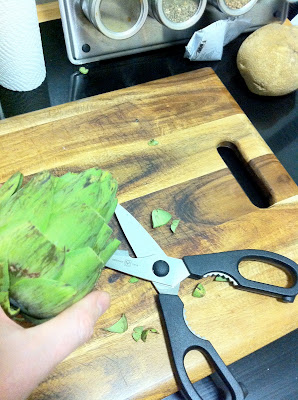 Then you need to go through three knives before you can cut off the top inch or so. The serrated knife ended up doing the trick. Then you get caught up in Stargate Universe. 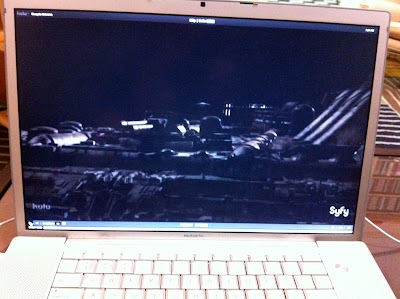 Whilst your artichoke is boiling instead of simmering. 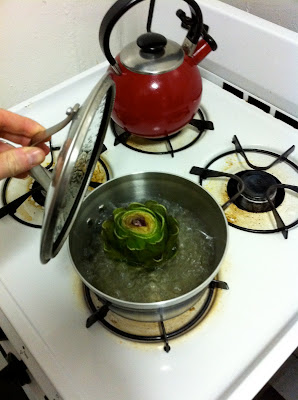 Hey, there's some creepy shit on the ship! 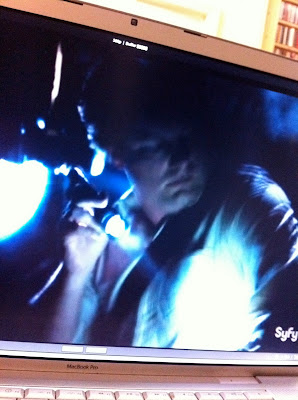 And your artichoke is still boiling, getting close to burning the bottom of the pot. 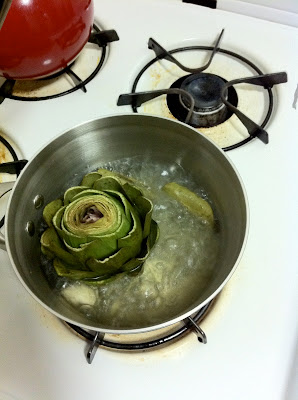 So you make some fries with your new mandolin. 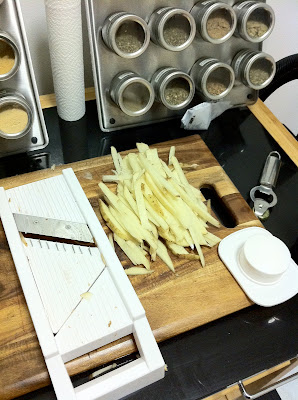 And conveniently hide the ruined pot in the background. 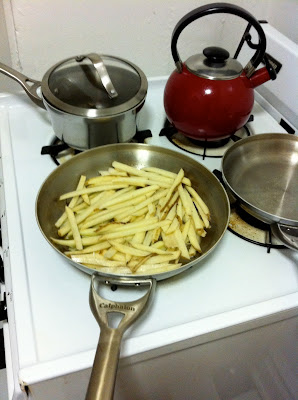 Meanwhile you cut your salmon filet in half 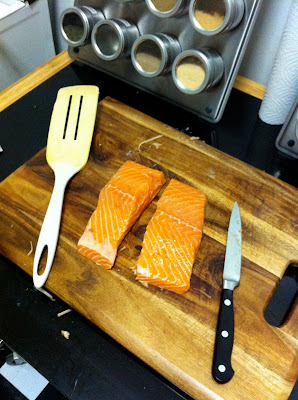 And you fry it up in a bit of oil. 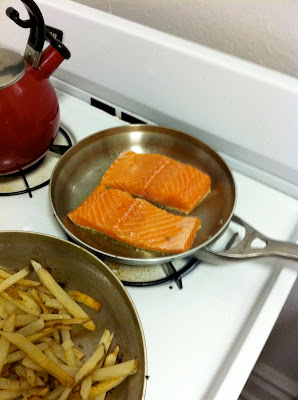 And even though the artichoke was a fail, and the fries didn't cook up that well, and the salmon was rather ordinary, you take a picture and soldier on. 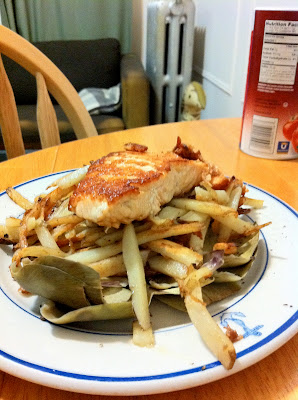 Your soundtrack for this entry: REM - Everybody Hurts
Posted by Jeremy Rosen at 10:32 PM